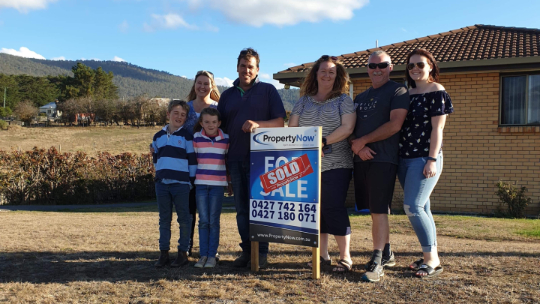 How did you find out about this way of selling?

Mel: I was literally just googling on my phone one day and I thought, I wonder how you went about getting it listed on realestate.com etc if you did sell privately, and that's how I found PropertyNow. So I just went from there. Had a bit of a look at the website; made sure it wasn't a scam, or something funny. Because you just never know with these things. I read the reviews and it all looks good; the price looks good. I said to my husband, “right just have a crack at this.”

What made you give this way of selling a shot?

Mel: Listing with a normal real estate you've got all the commissions and basically what I wanted to do was just get it listed and get it on those major websites. So I thought $694 in the scheme of things isn't a huge amount to invest. Let's just pay that for a start, put it on and see how it goes.

What were the first steps you took once you decided to sell this way?

Mel: We went straight to the tenants and said “look this is what we're thinking, it might not happen straight away” but I just wanted to give them a bit of warning because they've been long term tenants. We came back the next week, took some photos and I was here at the office computer putting up the photos when I had a phone call from someone from PropertyNow just to see how we were going and to explain a bit of the process to us. I literally just listed it and then it came up on realestate.com.au really quick.

What happened once your property was listed?

Mel: That afternoon I had an enquiry. Everything happened really quick. Another local came and had a look at it and they had a walkthrough, then the parents thought about it for a few days, didn't hear much from them, then I had the ones who ended up purchasing it contact me. So I gave the first people a message and said “look just to let you know we do have someone else interested in it, no urgency, don't know how it's going to go but just giving you a heads up.” He wrote back to me and said basically said “we're not sure” because the property hadn’t been renovated/updated in 10 years. But the second family that went through were really keen, kids picking out bedrooms, and so on.

Coreyna: What was your experience with handling the negotiations?

How did you find dealing with the buyers, how did they react knowing that you were the seller?

Mel: That was fine. They did an online enquiry which came through to my phone and then I contacted them. They were happy with that because they were just interested in the property. It didn’t put them off at all that we were the owner. When the buyers came back to have another look at the property she actually brought her parents and the mother was very interested in how it all works because they’ve got a property to sell so I gave you guys a wrap for her.

What would you say was your favourite part of the process?

Mel: The efficiency. Like how quickly it got like from sitting there at the computer to it being live on the websites and then how quickly I got the inquiries through and everything.

What did you find the hardest part for you personally?

Mel: Probably because we've had that tenant in there for ten years I guess I felt a bit guilty for selling, even though we've given them a really good run. They would have ideally liked to lease until end of this year but for us it was time to go. The purchasers are actually still renting it to them for the next six weeks after settlement date so that’s something.

How did you find the settlement process?

Mel: Well we've actually bought a couple of blocks of land and stuff over the past few years so we've sort of gone through that process. We actually used the same conveyancers as the purchasers so they basically knew how everything was going right the way through which made it a bit easier.

How did it feel to make the sale?

Mel: It was quite surprising that it all happened so quickly so we were obviously very excited. On the day we got offer and acceptance I remember I was doing the hot lunch roster for the kids' school. I’d emailed the second purchaser that morning and said “look we’re not really happy with the $220,000, could you stretch it to $225,000 because we’ve just listed it” and just left it there; so I was checking my phone and she wrote back that day and said “Yep, that’s fine, we’re happy with that” and I was like “I think we’ve just sold our house!!” How simple is that?!

How much did you end up saving, I imagine with your sale price it would have been about $8000?

Have you done anything to celebrate your sale and that saving yet?

Mel: My car was getting up in kilometres and was really struggling so we bought a new one, we wouldn't have probably done that had we not sold the house ourselves; we probably wouldn't have upgraded quite yet so I guess that was a celebration of the house selling.

What would you like to share with other owners who are considering doing this or who are perhaps on the path and waiting for the sale?

Mel: It was a very straight forward and easy process. There is backup support there if you needed it you know, call someone from PropertyNow if you have any questions. What I really liked is that and getting it on those websites and the professional sign, things like that. So yeah, I'd just say to people have a go because it was quite straight forward and easy to follow. And you've got that support there rather than just doing it yourself.

Our next success story could be YOURS!
Did you know PropertyNow can list your property on all the major real estate websites, and give you all the real estate support you need to sell your own home and help you save thousands in agent commissions? You do now!
Contact the PropertyNow team to learn how easy it is to sell your home without an agent:
Call 1300 664 773
Contact Us
Sign Up 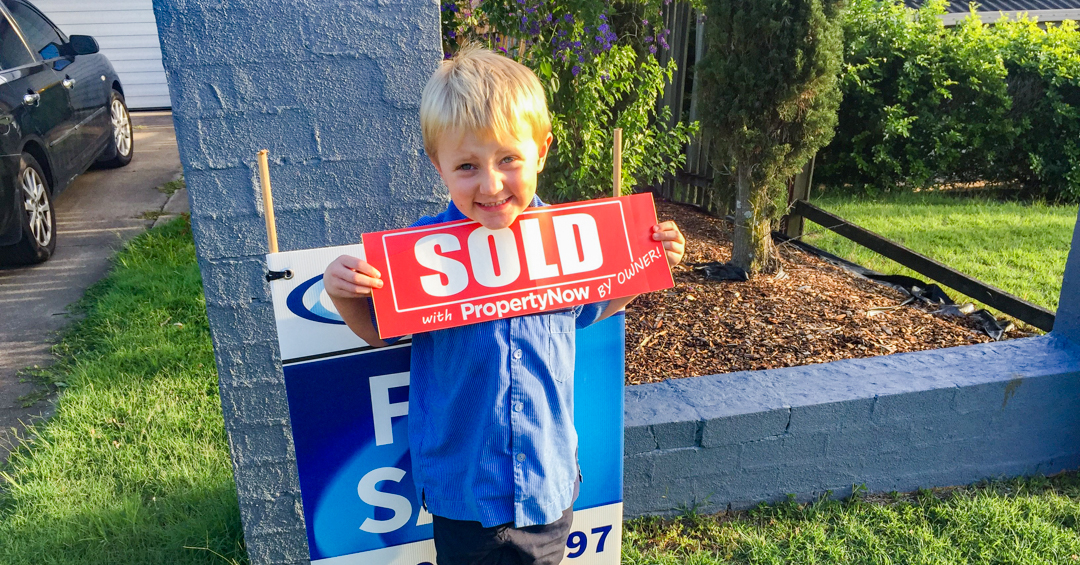 Mardi B is another one of our successful sellers!

We purchased our new house at the same time as selling our house! 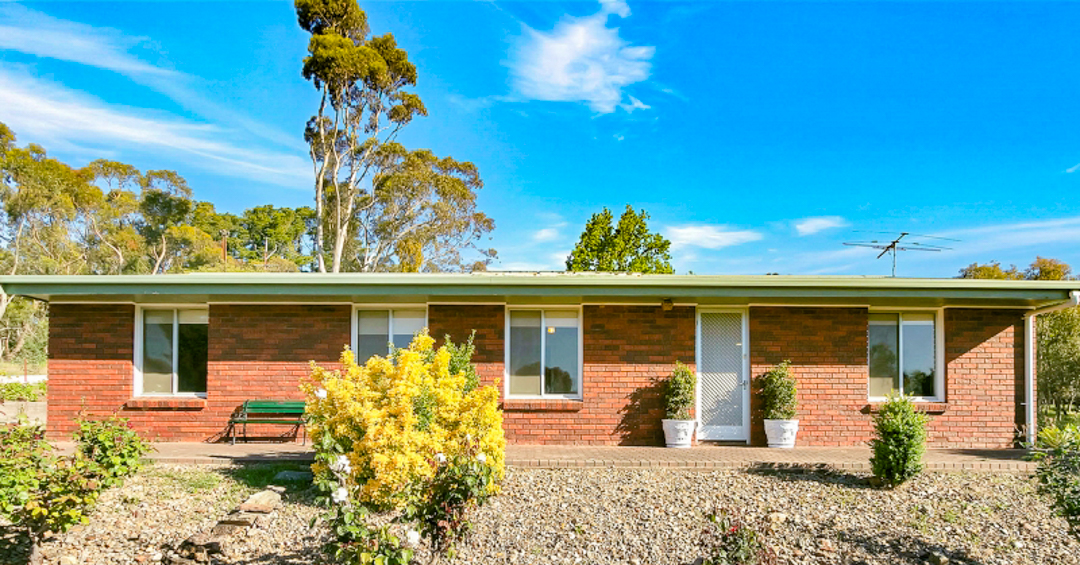 The experience left me more confident in my ability and decision making! 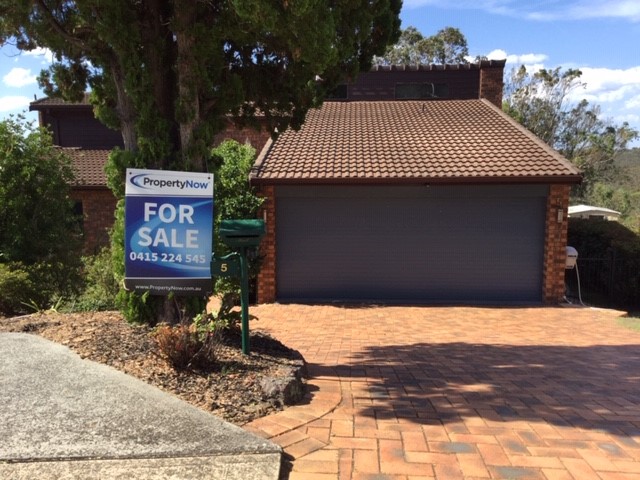 Deborah Roche, who just recently sold her property in Woronora Heights, NSW, shares her thoughts with... 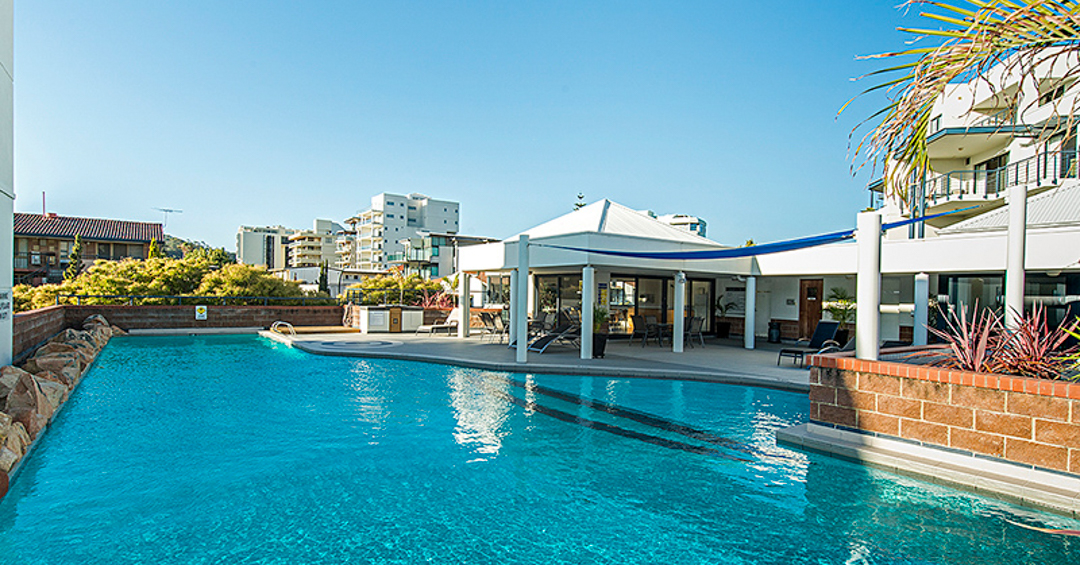 We recently had the opportunity to chat with Bernie Iriks, who just sold his property in...